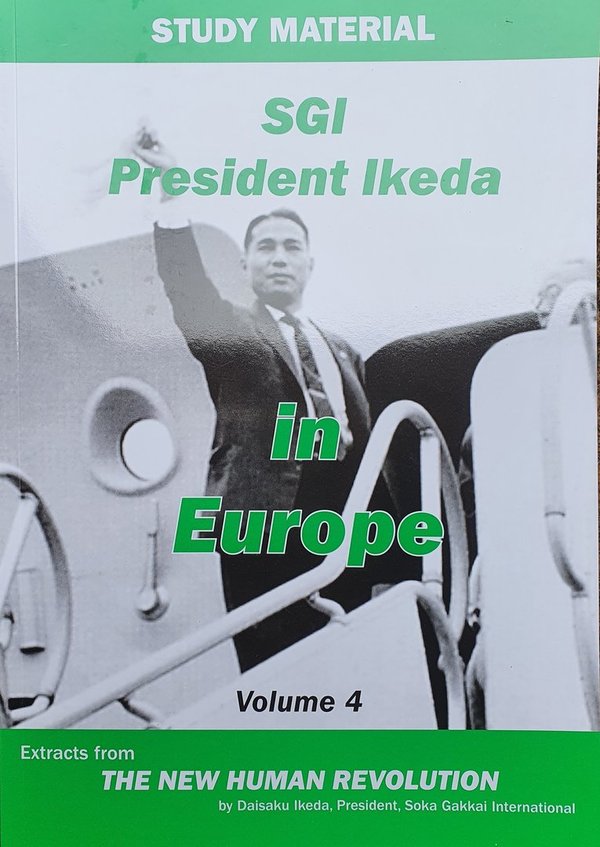 This book brings together excerpts from The New Human Revolution, in which Shin'ichi Yamamoto/President Ikeda visits different countries in Europe. In each country, he encourages people about their specific issues.

- In August 1982 SGI members chant for peace when the Falklands War breaks aut. President Ikeda visits Russia and meets with Mikhail Gorbachev in May 1990 (NHR Vol. 30/6).